The Carmelite Calendar of the Saints 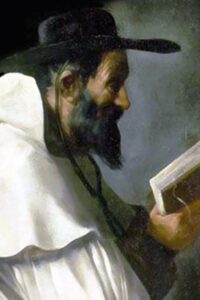 Saint Peter Thomas (born 1305) was born in France.  He is known for promoting Church unity, and for working for peace in the Holy Land. 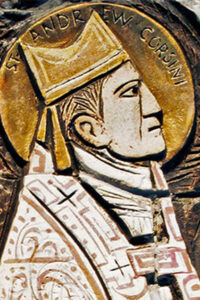 January 09  Saint Andrew Corsini (born 1302) was born in Florence.  He is known for promoting peace between the Italian city-states, and for many miracles during his life and after. 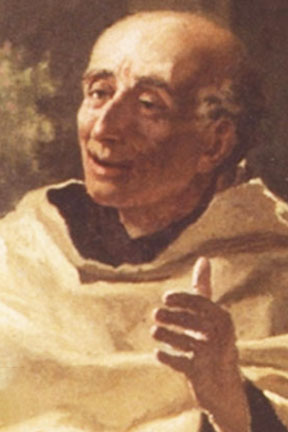 January 20  Blessed Angelo Paoli (born 1642) was from Massa, Italy.  He is best known for his outreach to the poor, especially in Rome. 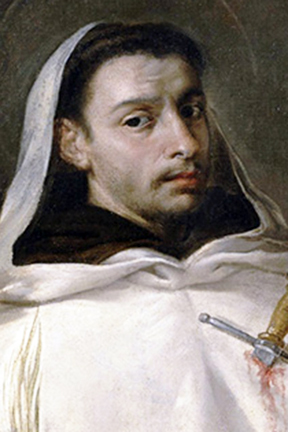 May 05  Saint Angelus (born 1200s) was possibly born in Sicily.  He is best known for being the first Carmelite martyr. 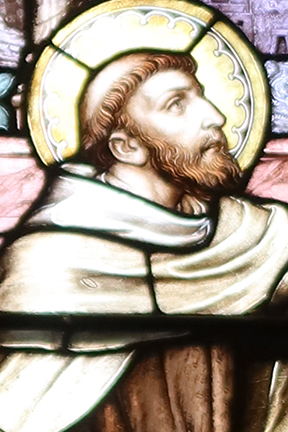 May 16  Saint Simon Stock (born 1165). Originally from France, he is best known for receiving an apparition of the Blessed Virgin Mary and creating a devotion to the Carmelite scapular. 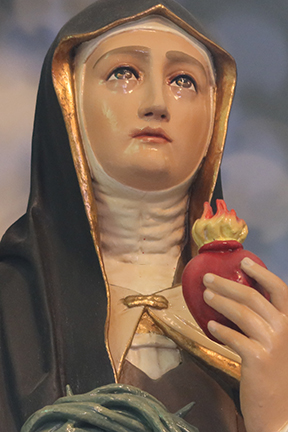 May 25  Saint Mary Magdalene de’Pazzi (born 1566).  She is best known for her mystical visions which she called “overflowings of divine love.” 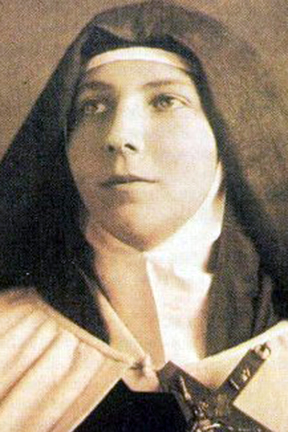 July 13  St. Teresa of Jesus ‘de Los Andes’ (OCD) (born 1900).  Inspired by Saint Therese, she entered the Carmelite cloister, Los Andes, in Valpariso, Chile at the age of 19, dying only 11 months later.  She is a patron saint of youth.

Our Lady of Mt. Carmel 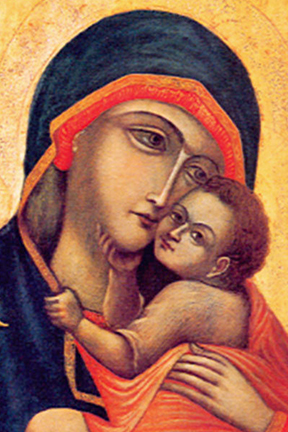 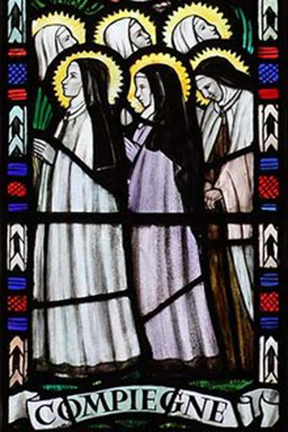 July 17  Blessed Teresa of Saint Augustine and Companions  The entire cloister of 16 nuns of Compiegne France were executed during the ‘Reign of Terror’ during the French Revolution for the crime of being religious. 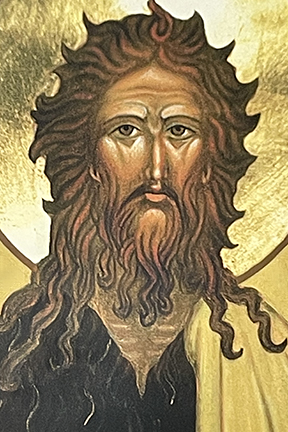 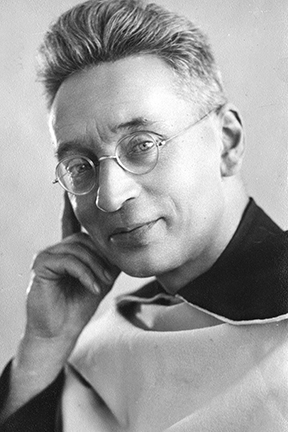 July 27  St. Titus Brandsma (born 1881) was from the Friesland area of the Netherlands.  He is best known as a journalist who wrote against Naziism, resulting in his martyrdom in the Dachau Concentration Camp in 1942. 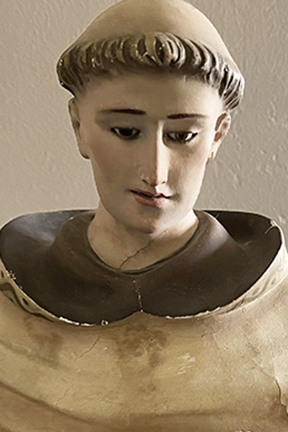 August 07  Saint Albert of Trapani (born 1200s) was from Trapani in Sicily, dying in 1307.  This early Carmelite saint is a patron saint of educators. 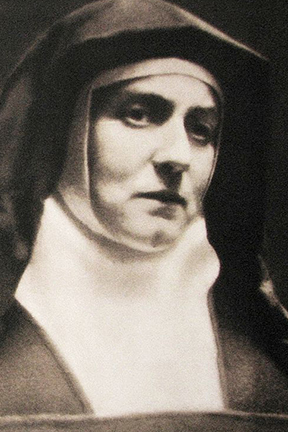 August 09  Saint Edith Stein (Teresa Benedicta) (born 1891) was a philosopher, author, who converted to Catholicism and became a nun at Cologne Carmel.  She and her sister were arrested at Echt Carmel and martyred at Auschwitz in 1942.

Edith Stein was born at Breslau on October 12, 1891, to German Jewish parents, and after her secondary education, she enroled in the department of philosophy in the city university. In 1913, she transferred to the University of Gotingen to study under Edmund Husserl. Until the age of thirteen years, she was in effect an atheist. She had her first serious encounter with Christianity listening to Max Scheler. In 1916, she continued and completed her studies at Fribourg where she wrote her doctorate directed by Husserl. She remained working in the university until 1921.

During those years, she read the autobiography of Teresa of Avila and became aware of being called to become a Catholic; she was baptized on January 1, 1922. She made her First Communion the same day and was confirmed on the following 2nd February. After her conversion, she felt herself attracted to the religious life but circumstances forced her to delay this decision until 1933. When in 1933 she lost her teaching post as a result of the anti-Jewish laws, she entered into the Carmel at Cologne on October 14, 1933, taking the name of Teresa Benedict of the Cross.

On 31st December 1938 she was moved to the Carmel at Echt in Holland so as to escape the Nazi persecution of the Jews. In 1940, the situation worsened also in Holland. When the prescriptions became more severe, an attempt was made to transfer her to the Carmel in Switzerland. While the arrangements were being negotiated for her move, the deportations of the Jews to the concentration camps began in Holland. Sister Teresa, accompanied by her sister Rosa who had also become a Catholic, was taken to Amersfort on August 2, 1942. On 3rd August 3rd, she was transferred to Westerbork. On August 7th, she and her sister together with other deportees were locked in railway wagons and taken by train to the extermination camp at Auschwitz, a voyage which took two days.

Sister Teresa Benedict of the Cross died in the gas chamber the same day that she arrived at the camp at Auschwitz, Sunday, August 9, 1942, and her body was burned in one of the crematoria there. She was beatified on May 1, 1987 and canonized on October 11, 1998 by Pope John Paul II. On October 2, 1999, the same Pope proclaimed her co-patron of Europe. 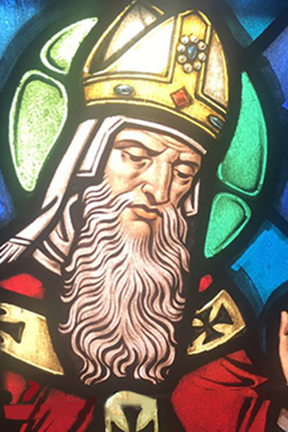 September 17  Saint Albert of Jerusalem (born mid-1100s).  As the  appointed Patriarch of Jerusalem, he wrote a Formula of Life (Carmelite Rule) at the request of a band of hermits on Mount Carmel circa 1205. 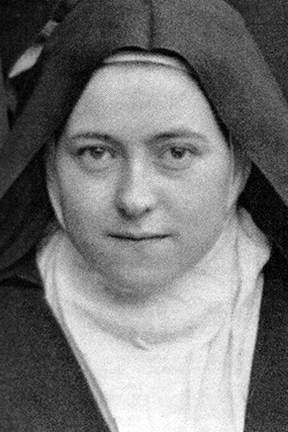 October 01  Saint Thérèse of Lisieux (born 1873).  Often described as “the greatest saint of modern times,” her autobiography, Story of a Soul, has changed the lives of millions worldwide. 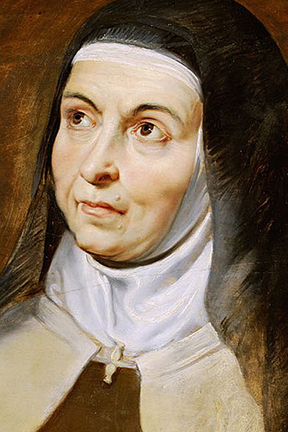 October 15  St. Terese of Avila (born 1515).  This great saint was a fearless reformer of the Order, a mystic, an author, a visionary, and a doctor of the church.  Her best known work is The Interior Castle.

St. John of the Cross 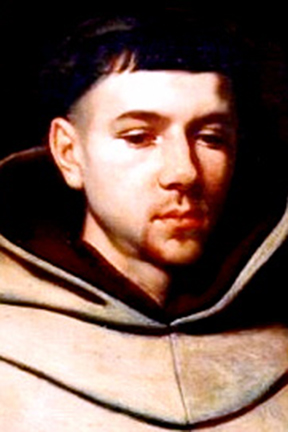 December 14  Saint John of the Cross (born 1540).  This doctor of the church is best known for his poetry and for introducing the spiritual concepts of ‘Dark Night’ and ‘Mystical Marriage.’