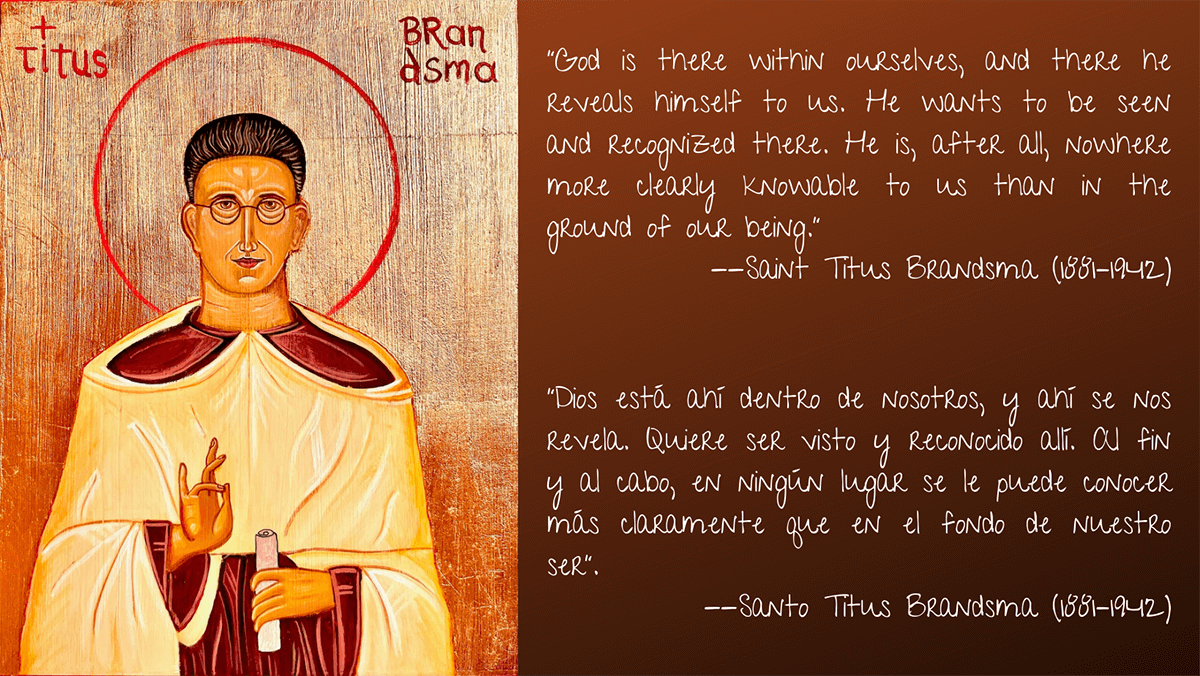 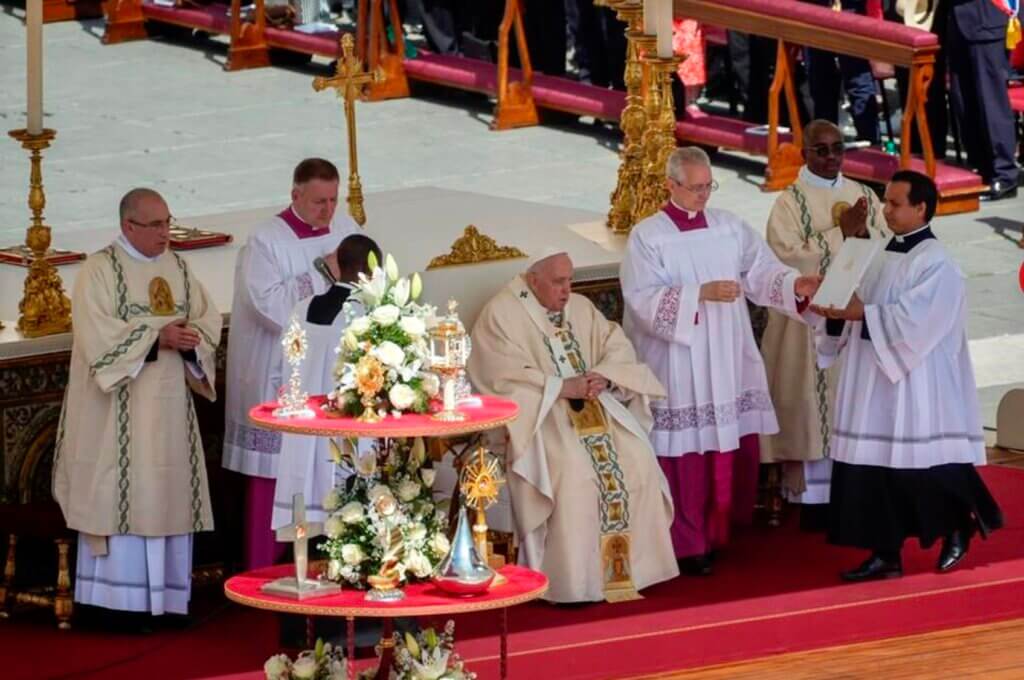 Pope Francis alongside a display of relics of the ten newly-declared saints. 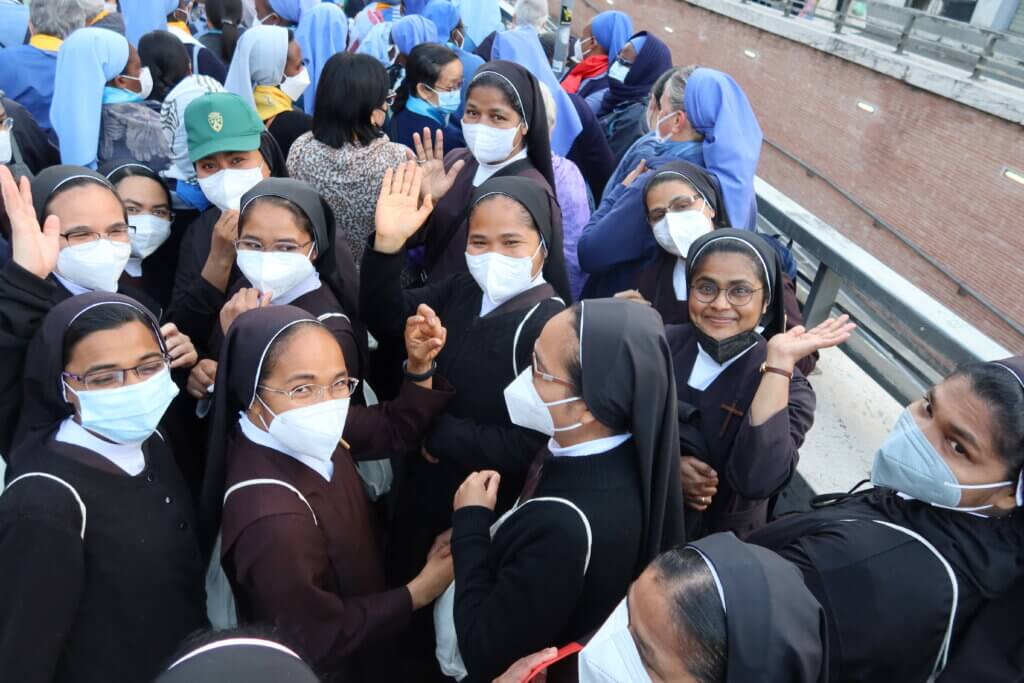 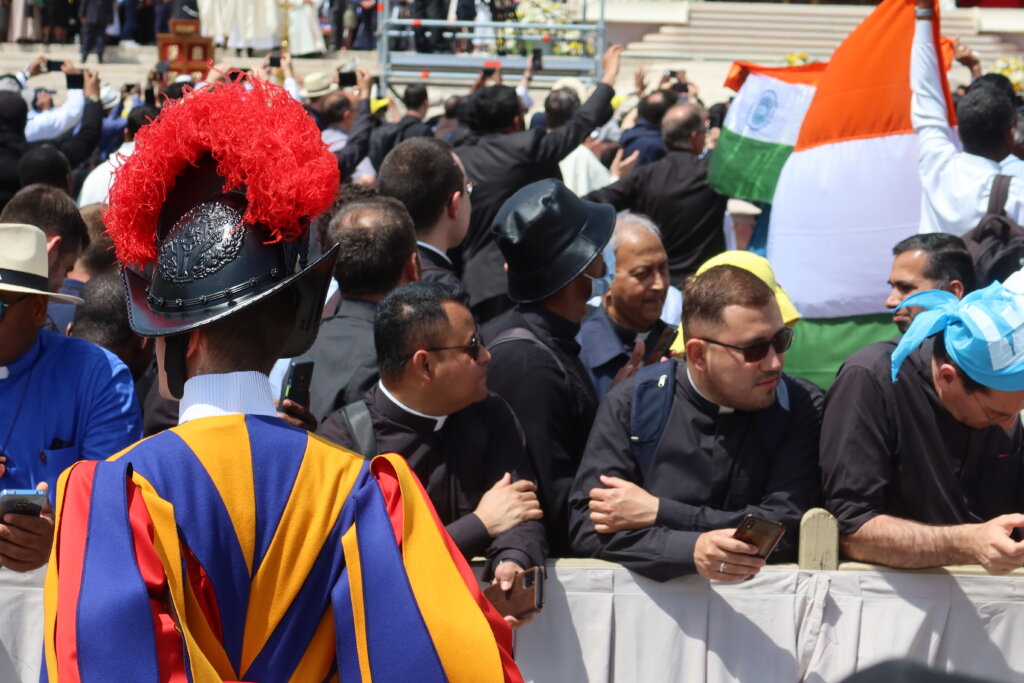 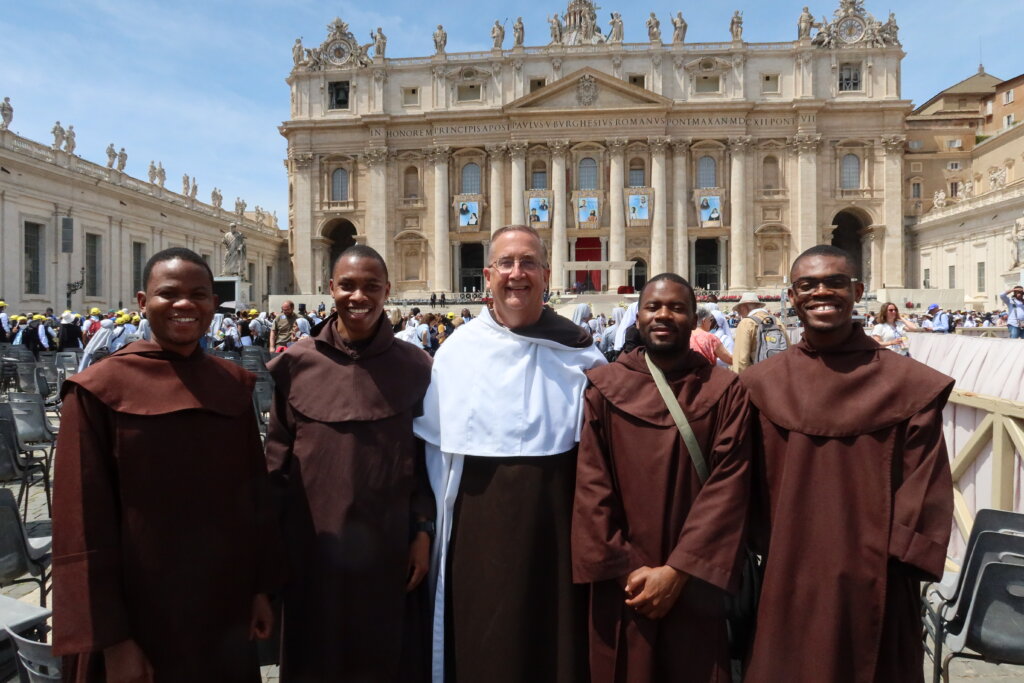 Fr Gregory (in white) with Discalced Carmelite students from Nigeria and Cameroon. 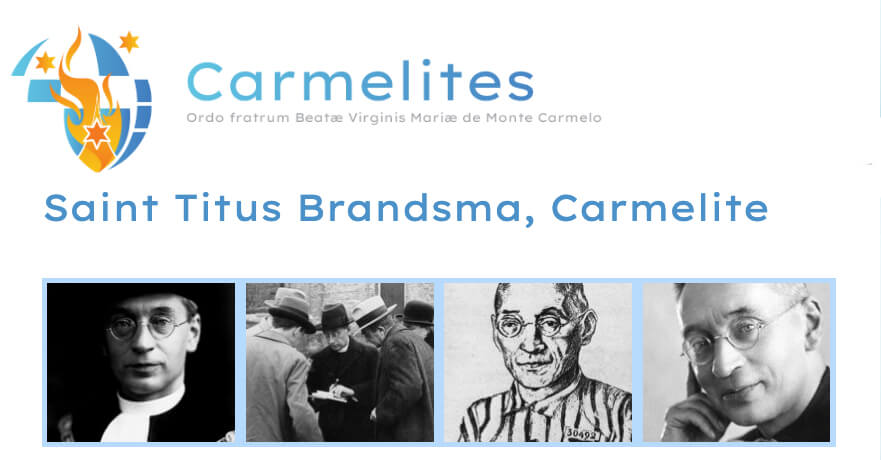 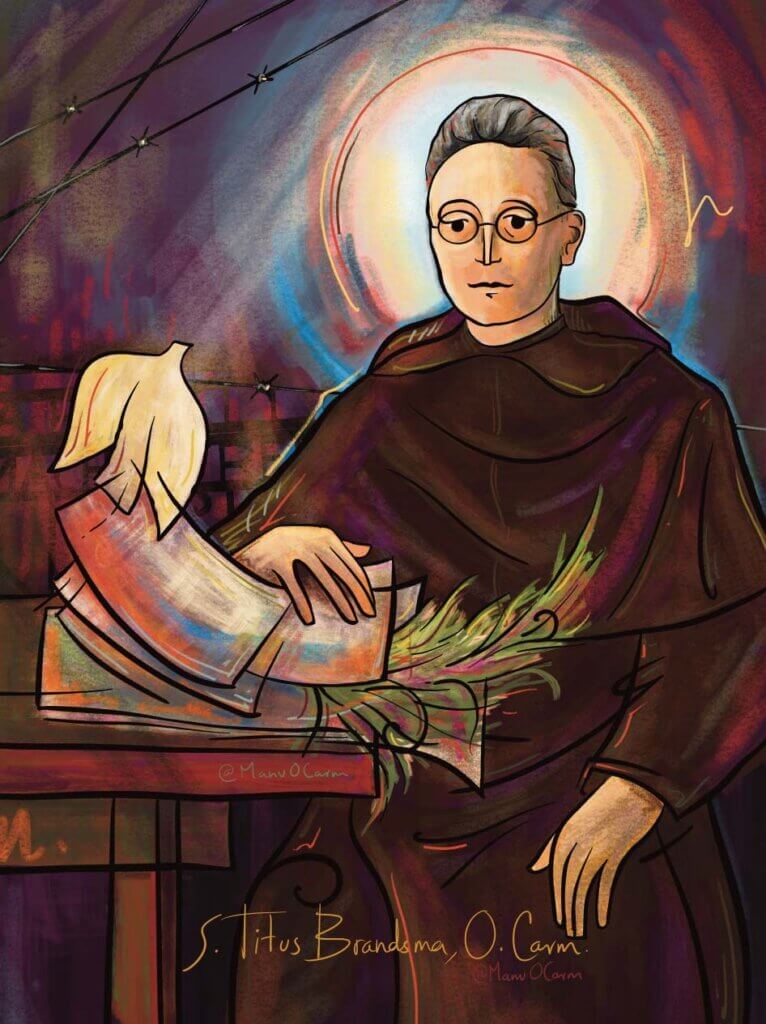 During today’s Canonization Mass for Titus Brandsma, O.Carm., and nine other declared saints, the word that kept coming to mind is “catholic” (please note the lower-case “c”).  The word “catholic” means “universal” and today’s Canonization Mass was truly a universal event.  There were 100 concelebrating bishops, 1000 concelebrating priests, and 50,000 regular folks filling the Piazza – from all the continents and probably from every nation, in all skin tones and all sorts of regional attire.  The Liturgy was multilingual with the first readings in English and French, the psalm in Italian, and the Gospel in Russian!  The Intercessions were in Dutch, Tamil, and Spanish.  And the Mass parts were in Latin.  Yes, this church takes the word “catholic” very seriously.

The Mass began with the chant, “Veni Creator Spiritus.”  This was followed by an introduction of the ten saints-to-be by the Prefect for the Causes of the Saints accompanied by the Promoter of each (called a Postulator).  This is where things became like a sporting event.  As the Prefect said a saint-to-be’s name, parts of the crowd that came for that saint would shout and make lots of noise.  The biggest noise was for Saint Devasahayam Pillai (from India), the second loudest was for Saint Charles Foucauld (from France and Algeria) and our own Saint Titus Brandsma (Netherlands) came in third.  Once Pope Francis accepted the names, he declared them saints for the universal church (there’s that word again).  And then as the choir and people sang the “Gloria” the Postulators added incense to a large censor in front of a display of relics of the ten.  And that was it.  The ceremony was done.  The rest of the Mass was like a normal Sunday Mass for the Fifth Sunday of Easter anywhere in the world.

That is, until the homily.  Pope Francis highlighted that Jesus’ new commandment to love one another (John 13) is not just for a few extraordinary individuals but for us all — that there is a universal call to holiness (yes, there’s that word again).

More than a few times my eyes teared up just seeing all the races and peoples worshiping together, hearing so many languages officially proclaimed during the Mass, and watching the young, the elderly, those in wheelchairs and walkers, and the able-bodied all together in one happy crush of humanity and I said to myself, “this is exactly what today’s Gospel passage is about” and “today is exactly what Jesus foresaw when he founded the church.”  The Irish novelist once described the Catholic Church as “here comes everybody.”  Yep, that says it all.