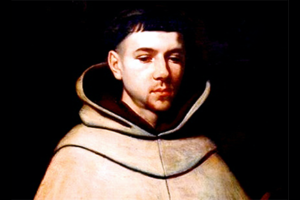 This is kind of easy to understand when applied to ourselves…kind of. Notice how many times John of the Cross uses “Nada” (nothing) in this well-known quotation of his:

That’s a lot of nothing. And, although very difficult, the setting aside of ego-driven and appetite-driven strivings makes sense. It fits in well with Jesus’ message in the Gospels that “the last shall be first” (Matthew 20:16). Most importantly for us this Advent, nada offers us a powerful way to view the birth of Christ. Still, if I wanted to strive after all these nothings, I’d need quite a bit of reprogramming. And I suspect that nobody ever reaches a 100% “nada” state.

But then Saint John of the Cross gets even more interesting when he sees nothing but “nada” in God. When writing his book, The Ascent of Mount Carmel, he drew an illustration of the Mount and the various paths up the mountain. At the top he writes:

Wow, that’s a lot of nothing! Just where you think John would write the word “God” he instead writes the word “nothing,” and writes it seven times. What’s going on here? Is John saying that God is nothing? We’ve got to think about this pretty hard.

To try to understand this, we can go about it intellectually. There’s something called “Apophatic Theology” which Wikipedia describes as an attempt to “describe God, the divine Good, by negation; to speak only in terms of what may not be said about the perfect goodness that is God. It stands in contrast to cataphatic theology.”

Wikipedia continues the article with a quotation from someone named John Scot Erigena from the 9th Century, who wrote, “We do not know what God is. God Himself does not know what He is because he is not anything. Literally, God is not, because he transcends being.” Is this what John of the Cross means with his seven “nothings?” By the way, Saint John of the Cross is categorized as an apophatic theologian. But maybe we’re trying too hard. After all, John of the Cross tells us “to come to knowledge of everything, desire the knowledge of nothing.”

I think a better way is to see how nada is more descriptive of God’s actions than God’s being. Carmelites love the First Book of Kings because we say Elijah is our spiritual founder. And John of the Cross, being a Carmelite, references First Kings a lot. In Chapter 18, Elijah has just declared an end to the severe drought in the land of Israel. And it doesn’t rain so Elijah begins praying. Elijah then sends his servant up Mount Carmel to look for a rain cloud and the servant comes back down reports back “There is nothing.” So Elijah sends his servant again – and again – and again – and again – and again – and again. Seven times! And each time hears the report: “nothing.” But, wait, there is a tiny cloud, insignificant, and as small as a person’s hand. But that’s it! God has acted and the rains come. But in God’s way (i.e., tiny, insignificant) and in God’s time (i.e., not Elijah’s time).

This parallels the passage in Chapter 19 when Elijah is on Mount Horeb and God tells him to stand on that mountain for God will appear. There’s a mighty wind, a mighty earthquake, a mighty fire – God is in none of these. Then there’s a gentle whispering sound, and Elijah knows that God has appeared. Here again God acts in God’s way (i.e., in a whisper) and in God’s time (i.e., after mighty dead-ends). It is not a coincidence that John of the Cross writes “Nada” seven times on the top of Mount Carmel and Elijah’s servant reports back that he has found “Nada” on the top of Mount Carmel. This, I think, is the understanding that God is nada. Nada is not a statement of the being of God, but a description of the action of God. Elijah kept looking for God and only found nothings – and realized that was Everything. 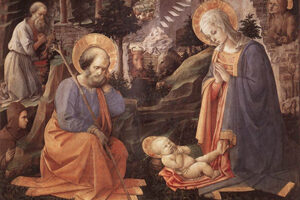 In this season of Advent this is a great reflection point. In the Nativity of Jesus we see “Nada” galore. Jesus is born in nowheresville (and Bethlehem is still nowheresville today). Jesus is born in a nothing time (during an occupation by a foreign power when Israel has lost all power). Jesus is born in a nothing manner (in a stable! for Pete’s sake). And he’s born to a couple of nobodies (Joseph was not a Lord or King or wealthy in the least — he was a nothing — and Mary had even less). Israel kept looking for God and only found nothings – and that was the Everything of the Incarnation.